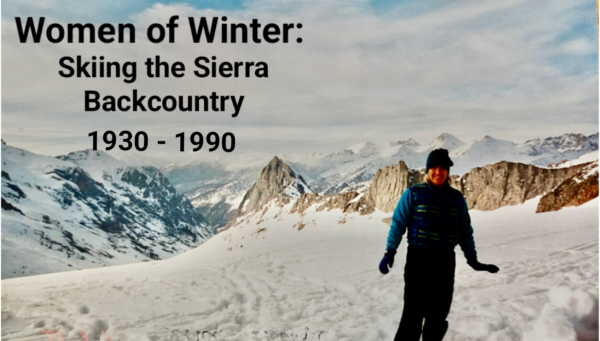 Thank you for joining Sydney Quinn, Friends of the Inyo’s Former Board President (2014-2016) and current Board Member, who delivered a passionate look at pioneering women of skiing in the Eastern Sierra’s backcountry. Sydney herself is one such woman: She learned to ski in college at Northern Arizona University in Flagstaff, then began cross-country skiing on old wooden skis she found at the Mammoth dump after moving to Mammoth Lakes in 1970. This event helped raise more than $2,800 to support our work to protect and care for the public lands of the Eastern Sierra. THANK YOU!