GET UPDATES FROM FRIENDS OF THE INYO 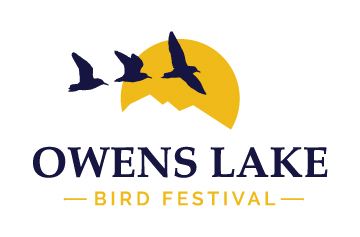 Alex Ertaud. Though he grew up in Los Angeles’ San Fernando Valley, Alex is continually trying to repent for his original sin by doing all he can for the Eastern Sierra’s critters, ecosystems, and fellow humans. When not leading Friends of the Inyo’s stewardship initiatives, you can find him running and biking around, enjoying the spectacular topographical relief the Sierra, White, and Inyo mountain ranges offer. Alex has a passion for storytelling (and listening), particularly at the intersection of the natural world, adventure, and human experience. So next time you see him, share the story of your favorite epic.

Ali Sheehey, aka Nature Ali, is a Certified Master Naturalist with a love of all things nature. She is an avid birder and photographer. She has explored every natural area in Kern County. She is Programs Director at Sequoia ForestKeeper, a non-profit organization that promotes non-consumptive activities in Sequoia National Forest and Giant Sequoia National Monument.

Andrea Jones is the Bird Conservation Director for Audubon-California. She has worked tirelessly with our local Eastern Sierra Audubon Chapter in seeking the enhancement and protection of bird habitat at Owens Lake. Andrea leads Audubon’s coastal programs and works with staff and the network of Audubon chapters across the state to implement conservation projects at high priority Important Bird Areas (IBAs) across California. She oversees conservation efforts in priority bird species and serves as a spokeswoman for bird conservation across California. Prior to California, Andrea worked at Massachusetts Audubon where she served as the Director of the Coastal Waterbird Program. Andrea received her M.S. in Wildlife Conservation/Ornithology and her B.S. in Wildlife Biology and Management from the University of Massachusetts, Amherst. She is a past board member and continues to volunteer for her local Audubon chapter, Morro Coast Audubon Society.

April Sall is the director of the Bodie Hills Conservation Partnership. With years of experience with The Wildlands Conservancy and Conversation Lands Foundation, April is excited to share stories of advocacy success on Owens Lake.

Chris Allen is a Watershed Resource Specialist for the Los Angeles Department of Water and Power. He is returning for his fourth year at the Owens Lake Bird Festival. Chris has many years of monitoring birds at Owens Lake.

Chris Langley a life-long educator, taught for more than thirty years in Iran Peace Corp; an isolated mercury mining camp, schools in Olancha and Lone Pine. He has lived in and studied the Mojave Desert for more than forty years. Working as a film historian, a founder of the Lone Pine Film History Museum and Inyo County Film Commissioner, he focuses on the desert’s complex relationship with cinema and how land plays an essential role in the story of our lives. Co-founder of the Alabama Hills Stewardship Group, Langley’s environmental advocacy has won several commendations including a National Conservation Cooperation Award.

Collette Gaal is a Watershed Resources Specialist for the Los Angeles Department of Water and Power in Bishop. Collette studied Biological Sciences and received a Master’s degree in Agricultural and Environmental Chemistry at University of California at Davis. Collette has done bird, plant and other biological monitoring, reporting and permitting on Owens Lake since 2009. She is an avid birder.

Dave Wagner was a geologist with the California Geological Survey (CGS) for 35 years and currently resides in Independence. Most of his career has been spent conducting regional geologic mapping, though he has investigated the 1983 debris flows in western Marin County, the American River Canyon landslide that closed Highway 50 in 1997, and the 2008 Oak Creek debris flows in Owens Valley. He received BA and MS degrees from San Jose State University, is a registered professional geologist and a certified engineering geologist. Since his retirement in 2005, he has worked as a consulting geoarchaeologist.

Debbie House is a Watershed Resource Specialist for the Los Angeles Department of Water and Power. After studying small mammals and birds in the increasing fragmented habitats of southern California, and finishing her master’s degree, she reached “escape velocity” from the city and, every day for the last 16 years, has been happy to call the eastern Sierra home. Debbie has worked for years on birds at Mono Lake, the streams of the Eastern Sierra, and at Owens Lake. She co-leads the Spring and Fall Owens Lake Big Days with Michael Prather.

Jeff Nordin is a Watershed Resources Supervisor for the Los Angeles Department of Water and Power in Bishop. After studying community ecology and receiving a Master’s degree in Biology at Cal Poly, Pomona, Jeff came to the Owens Valley and currently lives in Big Pine. Jeff has been involved in planning efforts for the Owens Lake Master Project and has helped manage Owens Lake Dust Control and other City of Los Angeles lands in the Eastern Sierra for the past 10 years.

Jora Fogg is the Preservation Manager for Friends of the Inyo and an avid birder and naturalist. She worked previously for the Rocky Mountain Bird Observatory.

Kristie Nelson has had a love for birds since some of her earliest memories. She has conducted ornithological fieldwork throughout much of the state, serves on the California Bird Records Committee, and has been the project leader for California Gull research at Mono Lake since 2005. She lives in the Mono Basin and is very familiar with its assemblage of bird life. When not engaged in birding activities, she is busy running a small diversified farm with her husband Joel.

Larry Freilich manages the Lower Owens River Project (LORP) for Inyo County. In that role he is leading the County’s effort to establish recreational opportunities that take advantage of the water that was restored to the Lower Owens River in 2007. The Owens River Water Trail, which we will explore, is the most ambitious recreation project proposed on the LORP and would be the first of its kind water trail in the western states. He also oversees compliance with dozens of mitigation measures prescribed in the Long-term Water Agreement between the County and LADWP.

Max Rosan first came to the Eastern Sierra in the spring of 1973 from Palo Alto (his home town) on a high school field trip, which culminated at the Saline Valley hot springs. This turned out to be a life-changing event. By 1979, Max had relocated to Furnace Creek, in Death Valley, and later to other Inyo County towns. In 1992 Max began work with the Los Angeles Department of Water and Power and retired in February.

Martin Powell has lived most of his life here in Lone Pine. He has explored every inch of Inyo County and has recently found a strong interest in the photography of birds. His tour will be a non-technical photography trip out to Owens Lake to look for birds and photograph them in a relaxed manner.

Mike Prather has lived in Inyo County since 1972, both in Death Valley and Lone Pine. During that time he has worked on desert issues such as wildlife, water, wilderness and parks. He has been birding at Owens Lake since the early 1980’s and organized the first voices calling for the protection and enhancement of Owens Lake’s birds and their habitat.

Nora Livingston is a passionate naturalist who spent her childhood immersed in nature from day one. She got her professional start as a naturalist/interpreter through the Mono Lake Committee intern program in the summers of 2008 and 2009, where she led natural history tours of the lake and weekly birding walks. Her next job as a seasonal ornithologist took her to the most beautiful corners of the country and beyond for seven years. She is now the Mono Lake Committee’s Lead Naturalist Guide and co-organizes the Mono Basin Bird Chautauqua. It is her utmost joy to share her love of birds and nature with anyone and everyone to help foster a deeper respect for this unique planet.

Paul McFarland lives in rustic Lee Vining, California tucked into the incomparable Mono Basin. A rank amateur in the original sense of the word, Paul explores as much of California’s public lands as possible with his wife, Yvette, and three kids, Solomon, Henry, and Lydia. Believing it’s best to keep one’s feet firmly planted in the earth, Paul was trained in Geology and now loves listening to, learning, and sharing stories of the land and its inhabitants, from cottontails to cabin dwellers.

Richard Cimino has been birding Northern California for fifty years and has been leading field trips for 19 years into Nome and Barrow, Alaska. He has been birding in the Eastern Sierra Nevada for many years, happening upon Owens Lake and Lone Pine during an Easter blizzard in 1969. He is the owner and field guide for Yellowbilled Tours and lives in Marin County where he is an active member of the Marin Audubon Society. As a strong advocate of citizen science, his many activities include serving for eight years as conservation chair for the Alameda County Ohlone Audubon Society, participating in the Altamont Pass Wind Turbine Area Golden Eagle and Raptor surveys and wilderness surveys for the Sierra Club, plus compiling the Eastern Alameda County Christmas Bird Count now in its tenth year. His presentation will focus on species that use the Owens Lake ecosystem as an important stopover for rest and replenishment on their migratory journey between the arctic and the tropics.

Russell Kokx has lived in Lone Pine for 12 years and is a field biologist working all over the region on bird and plant surveys. At Owens Lake he has done snowy plover surveys and has strong knowledge of local plant species. Russell has worked on birds all over the world with a special interest in Thailand – the food as well as the birds!

Wendy Schneider is the Executive Director of Friends of the Inyo. A native of East Tennessee, Wendy began her political work in Washington, D.C. where she participated in campaigns and lobbying efforts on behalf of Al Gore, Handgun Control and U.S. PIRG. Environment California recruited her to run their Los Angeles fundraising office, so she moved out West, became a lawyer, founded and ran a non-profit benefiting street children in India, and discovered the Eastern Sierra.