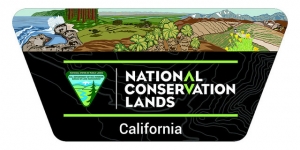 The newest additional to federal lands protective designations, the National Conservation Lands are 31 million acres of our most ecologically rich and culturally significant lands—open to all—managed by the Bureau of Land Management. These places, mostly large and pristine landscapes, are found throughout the West, Alaska and even extend to the East Coast. America’s newest collection of protected public lands and waterways stands alongside our national parks and wildlife refuges as guardians of America’s heritage and drivers of the nation’s $646 billion outdoor recreation economy.

This collection of protected public lands also protects and preserves America’s sacred sites and cultural history. From ancient Puebloan cultures of 1,000 years ago to Spanish, Mexican, Native American and American settler histories from recent centuries, the National Conservation Lands represent a complete tour of the history of the American West.

23.29% of California’s 171 units of National Conservation Lands lie in Inyo and Mono counties and hold innumerable possibilities for recreation, learning, and scientific research.

The lands, rivers and trails within the National Conservation Lands have been designated for protection, but they are also incredibly vulnerable. They face abuse from reckless oil and gas drilling and irresponsible off-road vehicle use. They are subject to looting, vandalism and neglect from underfunding. We work together with our members, volunteers and the agency to reduce these threats with on-the-ground work, partnerships and advocacy.

Now we are seeing Congressional attacks on the Antiquities Act—a bedrock conservation law that has been used by 16 Presidents—eight from each party—to protect our nation’s heritage. Many of our national monuments and national parks would not exist today if they had not been protected under the Antiquities Act. At the same time there are Executive attacks such as the National Monument review. We are working today to ensure California’s National Monuments stay the way they are for future generations of people and wildlife.  Not only are new monuments like Berryessa Snow Mountain, and Carrizo Plain on the chopping block, but established monuments like Giant Sequoia are at risk as well. Although the Eastern Sierra is not under Executive threat right now, we stand in solidarity with other California Monuments. An attack on one is an attack on all and the Eastern Sierra could be next.

What We Can Do About It

Friends of the Inyo’s work on National Conservation Lands has included:

To be effective we cannot work alone. Conservation starts with community, and history has shown that places are best protected when there is a group of local citizen advocates to lead the effort.  As members of the Friends Grassroots Network, we do critical, on-the-ground work to steward and protect the National Conservation Lands. Locally we work with the Alabama Hills Stewardship Group, the Bodie Hills Conservation Partnership, and the Amargosa Conservancy. Nationally, we also use our collective voice as a connected network to advance strong conservation management policies and practices. In 2014 the Friends Grassroots Network collectively raised over $2 million to support this work. In 2017 the network helped gather 2.8 million comments to the Department of Interior supporting National Monuments.