In the past year, two massive pumped storage proposals have come to the Eastern Sierra’s public lands, bringing with them potential impacts to important cultural areas, wildlands, and fish and wildlife habitats in Inyo and Mono County.

Premium Energy proposes to use water from the Los Angeles Aqueduct and requires construction of an upper and lower reservoir, located either on the Bureau of Land Management (BLM) or the Inyo National Forest. One upper reservoir site is proposed in Haiwee Canyon west of Highway 395, and overlaps with a recommended addition to the South Sierra Wilderness under the new Inyo National Forest Management Plan. This location has since been denied by FERC. The project’s two other alternative upper reservoirs are east of Highway 395 in Little Cactus Flat and McCloud Flat, both places of key significance to Native American tribes in the Eastern Sierra. The reservoirs are also located with Conservation Lands, Area of Critical Environmental Concern, and Lands with Wilderness Characteristics. The lower reservoir would be an expansion of the existing North Haiwee Reservoir.

We can only expect this game of pumped storage project “whack-a-mole” to continue as private industry pursues opportunities for pumped storage projects across wild locations throughout California, including Inyo and Mono Counties. These pumped storage proposals are part of a larger energy development vision for Los Angeles Department of Water and Power operations including upgraded transmission lines and potential new solar installations in the Owens Valley.

Three different amendments over four months included proposals with reservoirs located in the John Muir Wilderness, the Congressionally designated Ancient Bristlecone Pine Forest and in Forest Service proposed recommended wilderness, as well as penstocks and tunnels across Wilderness Study Areas and other culturally and ecologically sensitive areas. Due to local opposition and numerous resource conflicts the project proponent withdrew their application in August of 2019.

Friends of the Inyo believes in the urgent need to move away from fossil-fueled energy. We are encouraged by the increased interest in the development of new sources of renewable energy (RE) and evaluate RE projects on a case by case basis on public lands. Although we need to act quickly to combat climate change, renewable energy projects should not destroy the Eastern Sierra’s natural resources and outdoor economy and must be properly sited.

Unfortunately the projects recently proposed for pumped storage do not make sense here because we lack the infrastructure of existing renewable energy power and the water resources. Each of the proposed upper reservoirs in the Haiwee Pumped Storage project forecast holding capacity of over 40,000 acre feet of water. Furthermore the Haiwee Pumped Storage proposal has significant conflicts with existing land use management designations and adverse impacts to species as well as cultural and recreational resources.

These studies and outreach will serve to build Premium Energy’s Preliminary Application Document (PAD) that they will then file with FERC, likely near the end of their two year permit. If Premium Energy submits a plan to the BLM for ground studies, this will either result in an EA, EIS, or Categorical Exemption. No matter the NEPA process, Friends of the Inyo will release an action alert to assure all of our members are aware and have the opportunity to be involved. Together we can stop these destructive projects from irreparably harming the Eastern Sierra.

Visit the FREC website and search
for docket number P-14991.

Send a letter to the
Inyo County Board of Supervisors

Sign up to receive updates
from Friends of the Inyo 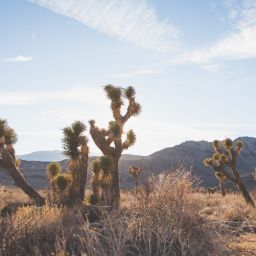 FERC Issues Premium Energy A Preliminary Permit for Haiwee Pumped Storage Project In the time of COVID-19, there are still development threats on public lands trying to inch forward. On March 19th, the Federal Energy Regulatory Commission (FERC) issued LA-based company, Premium Energy a 2-year preliminary permit for a pumped storage project in the Haiwee area.  The preliminary permit gives Premium Energy priority placement in any future Haiwee Pumped storage project proposals for the duration of the permit. This allows Premium Energy to invest time and resources into feasibility studies and consultation with interested parties without the concern of another…

Comment Letter on Haiwee Pumped Storage Submitted Towards the end of November, Friends of the Inyo submitted comments to the Federal Energy Regulatory Commission (FERC) on L.A area company, Premium Energy’s application for a preliminary permit to examine the Haiwee area for its “pumped storage” capabilities. Simply put, pumped storage is a type of energy storage that involves two reservoirs, one at a higher elevation and one at a lower elevation. When energy is cheap, water is pumped uphill to the higher reservoir for storage. When demand is higher and energy is more expensive, it is sent downhill and sold… 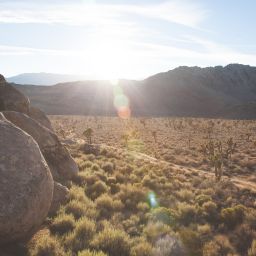 Haiwee Pumped Storage Update Back in June we updated you on two proposed pumped storage projects in the Eastern Sierra. We are happy to report that the project proponent Premium Energy, has withdrawn their application for the Owens Valley Pumped Storage Project. Nevertheless, they continue to pursue the Haiwee Pumped Storage Project, for which the Federal Regulatory Energy Commission opened a 60 day public comment period on September 27, 2019. This project would have one upper reservoir and one lower reservoir with either an underground pressure tunnel or above ground penstock connecting them. The filling of the reservoirs would be…