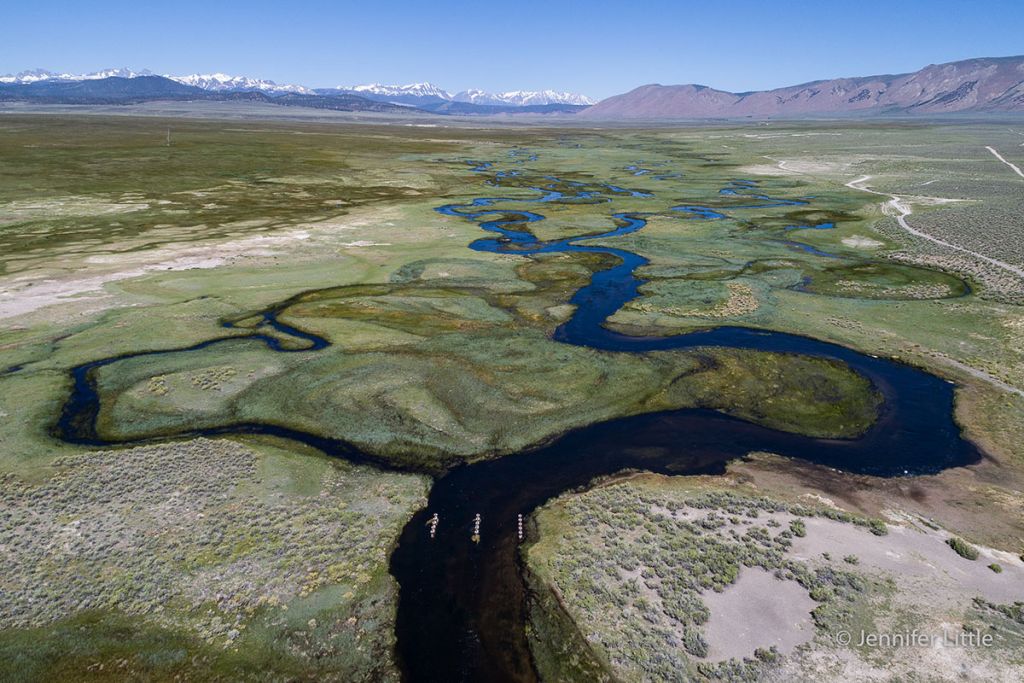 LADWP faces no 2021 water shortages, yet refuses to start irrigation in Long and Little Round Valleys

The Keep Long Valley Green (KLVG) coalition, made up of ranchers, environmental non-profits, local tribal members, and representatives from a diverse set of recreation interests, continues to seek a long-term commitment from Los Angeles Department of Water and Power (LADWP) to maintain historic water spreading practices in Little Round and Long Valleys. So far, the recalcitrant agency has steadfastly refused. Indeed in 2021, as reported by the LA Times, LADWP faces no foreseeable water shortages and yet has refused to commit to the spreading of water. Irrigation in April is necessary to maintain critical wildlife habitat, notably for Greater Sage-Grouse, and the two major economic engines in Mono County—recreation tourism and ranching. Both rely on the healthy lush green meadows irrigation creates. See the story coverage as reported by LA Times and CBS. The KLVG campaign’s reasonable and common-sense goal to obtain a commitment from LADWP to spread water every year based on a formula tied to the snowpack has been validated by the Courts. On March 8, 2021, the Alameda Superior Court issued a final ruling in favor of plaintiffs Mono County and the Sierra Club, directing LADWP to comply with CEQA before it would be permitted to make any changes to its historic provision of water in Long Valley. In spite of this ruling, and the fact that Southern California faces no water shortage this year, the agency refuses to agree to enter into such an agreement. The coalition is making a movie to tell our story–look for it to be released this fall!