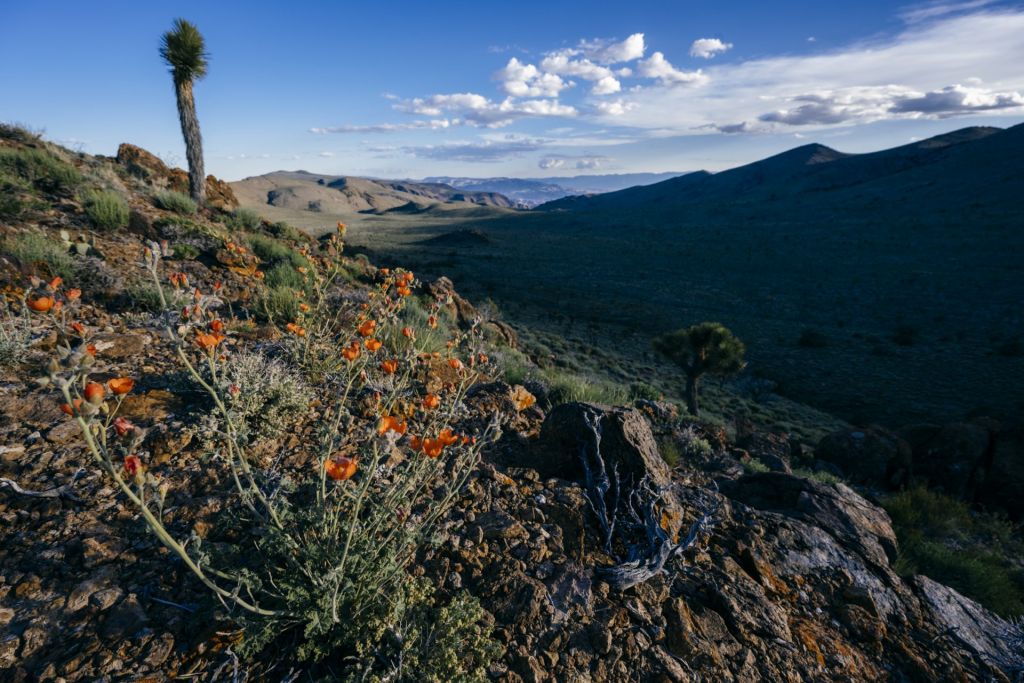 While the world has slowed down due to the COVID-19 global pandemic, the extractive mining industry has not, and we are seeing this right here in the California Desert and at Conglomerate Mesa. After SSR Mining abandoned the Conglomerate Mesa exploration project in 2018, many considered the mining threats dismissed and the area safe. Unfortunately, this is not the case.

This Summer, international mining giant K2 Gold took over the gold exploration plan for Conglomerate Mesa that permits seven drill locations accessed only by helicopter. Under this plan, no roads can be built. However, in addition to this, K2 Gold filed to amend the plan and proposes 30 new exploration sites with full road access. According to the presentations published on K2 Gold’s website, they want to re-open the restored access road from the 1980s and conduct their drilling along this path. While this new proposal requests 30 exploration sites, K2 Gold plans to conduct even more drill sites, likely 50 to 60 more, as evidence from more presentations on their website. K2 Gold CEO, Stephen Swatton, even talks about their interest in the western property of Conglomerate Mesa, closer Keeler. While we have not heard of the western area being included in the new expanded proposal to BLM, it is possible K2 Gold will submit an additional plan to prospect minerals in this area in the near future.

On a routine monitoring trip in April this year Friends of the Inyo discovered that K2 Gold began work on the Mesa. As shown in the photos below, K2 Gold dug trenches and collected rock samples activities in February 2020. They spray-painted rocks, tied hundreds of pieces of flagging and metal plates around rocks, and littered their spray paint can and lunch trash on the mesa. To this day, they have not reclaimed their work. If this is any indication of how they will conduct their exploration work, we should be very concerned. 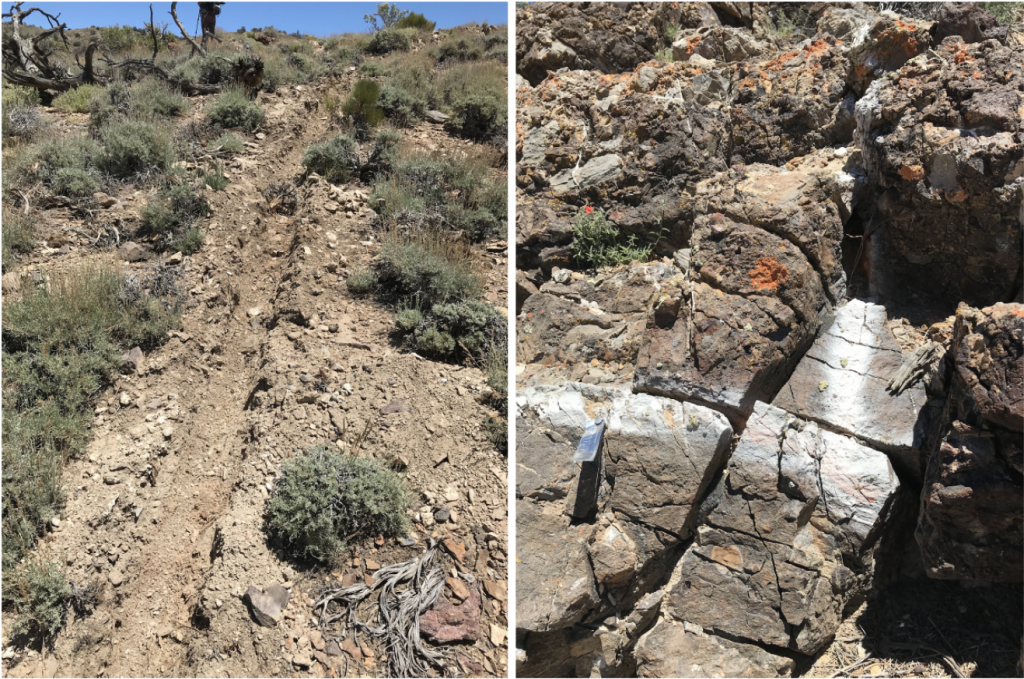 To best fight back against mining threats, we must know our opponent. K2 Gold is a global gold exploration company with dual headquarters in Vancouver, BC, and Australia. They are currently pursuing exploration projects in California and the Yukon. Trading at .34 cents share, K2 Gold is a classic penny stock mining company, but make no mistake, they possess the finances and political power to execute this devastating exploration plan at Conglomerate Mesa. As a member of the “Discovery Group” of mining companies, they are well connected to mining giants such as Great Bear and Bluestone Resources Inc.

The CEO of K2 Gold, Stephen Swatton, formerly worked for BHP in the early and mid-2000s, which is the company that constructed the now restored (with non-native seeds) road into Conglomerate Mesa in 1997. The CEO also worked for Rio Tinto from 88′-95′, a company notorious for mining accidents across the globe. K2 Gold is extremely well connected and is out to build upon the work BHP started. It is fair to assume that K2 Gold is deeply familiar with Conglomerate Mesa, Inyo County, and the citizen’s animosity towards this project. But they don’t care about how the local residents feel. We have to make them care. The following links will help you better understand who K2 Gold is and what their plans are for Conglomerate Mesa.

To begin the helicopter portion of the exploration, K2 Gold must put a reclamation bond down with the BLM and acquire water. It is still unclear where the water for this project will be sourced. Since this project was upheld by the BLM California State Office, there is not much else to be done to stop the helicopter portion of the project. BUT when the Ridgecrest BLM begins to review the expanded road access proposal, there is much we can and will do. Land management agency comment periods are always tough to predict, but we should expect a comment period on the road access exploration project in the Fall. Remember, Conglomerate Mesa is a completely roadless landscape. Not only would the construction of a road be devastating to the natural environment at the Mesa, but it would severely harm the communities’ efforts to permanently protect this land.

K2 Gold is coming for it all. As we learned, K2 Gold conducted trenching and rock sampling adopted the helicopter exploration plan and submitted an expanded road access proposal to the BLM. Right now, there are three major things you can do to prepare yourself for engagement on K2 Gold’s expanded exploration proposal.

Share this information with your circles and make sure those who care about the California Desert understand that Conglomerate Mesa is no longer safe. Friends of the Inyo will not let you miss the opportunity for public comment when it arises. We will notify you through all of our channels, including this newsletter. Be prepared.

Could the Center for Biological Diversity and the Sierra Club be asked if they could help provide legal help?
Also, what influenced Diane Feinstein to retract the area from Wilderness designation to allow for this exploration?
Thanks,

Hi Karen – Thank you for commenting. We are very fortunate to already have the Center and Sierra Club in our defense coalition. Conglomerate Mesa was removed from Senator Feinstein’s 94′ Desert Bill because of mineral potential, but as time goes on, we see that the value of the conservation features of Conglomerate Mesa far outweigh anything mining the land would yield.

Their diagram showing the cone of hydrothermal gold close to the surface is amazing. If they can locate it, they will certainly go after it! What will happen to the ore? Where will it be crushed? Cynaide leach? That’s actually not too bad if kept covered. Then blast furnace. All on the Mesa? Or on ?BLM lands nearby? Ugh. Price of gold is up. This adm will OK anything. Yikes….

Hey Janet – Thanks for commenting. Something to consider is that K2 Gold is an exploration company only. They don’t operate the large open-pit mines that would be required for Conglomerate Mesa gold. That said, I imagine plenty of companies would be interested in doing so if we don’t scare them off. We can’t say would would happen to the ore until we see an actual proposal for the open-pit mine. But due to the style of gold (carlin gold), they would have to mine that entire landscape and use a cyanide heap leach process to get any sort of commercially viable quantity of gold. I hope that answers your question. Thank you!