This winter and spring, the Bishop Area Climbers Coalition, the Eastern Sierra Interpretive Association, and Friends of the Inyo are thrilled to introduce the two Climbing Rangers who will work on our public lands this coming climbing season.

These positions were created in partnership with the local Bureau of Land Management and United States Forest Service offices and staffs, and these rangers will be able to do a great deal of tangible, valuable, and much needed work.

They will be a presence on the ground in the climbing areas in and around Bishop, taking care of the land, and sharing Leave No Trace best practices to climber and other land users so folks know hoe to best recreate responsibly. Finally, the Climbing Rangers will be building community among local and visiting users alike, through volunteer stewardship days and climbers coffees.

Without further ado, here is a little about our Rangers: 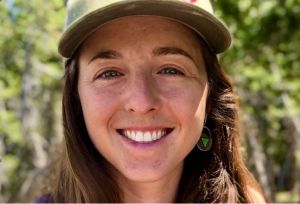 I grew up near Vail, CO, doing a lot of different outdoor sports with my mom and twin sister. Senior year of college, I found rock climbing and pretty quickly met mentors to take me under their wing. I graduated with a marketing degree, but after working in that department for a year, I realized that career path was not for me, and I moved to Yosemite to flip burgers at the Tuolumne Grill. Now, six Yosemite seasons later, I have worked as a Climber Steward, YOSAR for three seasons, and most recently Climbing Ranger for the park. I have spent past winters working ski patrol in Breckenridge, Colorado near where she grew up, and am a frequent contributor to Climbing Magazine and The Climbing Zine. 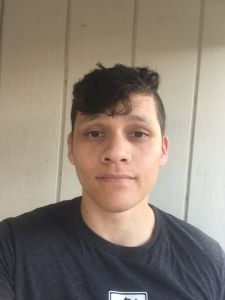 I was born in Long Beach, CA but found my love for being outside and enjoying our public lands early on when my family took me to Sequoia National Park for the first time. That was a life changing experience for me and ever since that time I found myself wanting to explore these beautiful areas. I would often take day trips or weekend trips with friends to visit other National Parks in different states.

Along the way, I found climbing and it ignited a passion in me that I had never experienced before. Similar to most climbers, I started bouldering outside visiting places like Joshua Tree, Yosemite, and Tramway. Ultimately, I found Bishop, CA and absolutely fell in love with the Eastern Sierra not only for its climbing but with how majestic everything in that area was. Every chance I could get to leave the city, I would be heading to Bishop to climb and explore the vastness of the Eastside. During this time I also realized that now that I have enjoyed these areas it would be good to give back to them and protect what I love.

I wanted to be a  Park Ranger and so I moved to Yosemite (still going to the Eastside every other weekend) after getting a job with the concessionaire in the park.I worked two summers there and between those, went to the Ranger Academy in Santa Rosa, CA and also became an EMT. Shortly after my second summer season in Yosemite had ended and instinctually found myself looking for work in Bishop. I found a job in Black Sheep Coffee Roasters where I met many of my friends who live in Bishop now and grew to love the place even more. During the spring of 2017, I finally got a summer seasonal position with the National Park Service in Devils Tower National Monument.

I would be working the entrance station at the park, so it was not quite what I had envisioned for myself yet but it was a foot in the door. During that season, I worked along the climbing rangers there, became one of the SAR team members and got my Wildland Fire Certification. After my summer in Devils Tower ended, I was a Climbing Steward in Joshua Tree National Park. My job was to educate climbers and mitigate impact in that way and assist the Climbing Ranger. While working there I received a call from Devils Tower that they would like me to work as a Law Enforcement Ranger there with an emphasis on climbing. I was ecstatic as this was the position I had been working to attain for years. So, for the last two years I worked that position and feel that I have made a positive impact in Devils Tower that will last for years to come. I am excited to bring my experience to Bishop, CA to help conserve this great area not only for the climbers but for all people who may one day enjoy it because of work like this.

This is an exciting time for public lands stewardship in the Eastern Sierra, and proof that many stakeholders can come together to fill a need and make their visions happen! With that in mind, we would like to thank the Bishop Area Climbers Coalition, the Eastern Sierra Interpretive Association, the Inyo National Forest (and White Mountain Ranger District), and the Bureau of Land Management Bishop Field Office for being amazing partners every step of the way. Without them, this could never have happened. And a special shout out to the Bishop Chamber of Commerce, the Geraldine and Emory Ford Foundation, Touchstone Climbing, Bristlecone Designs, and countless other individual donors for supporting this program and making it a reality; thank you!