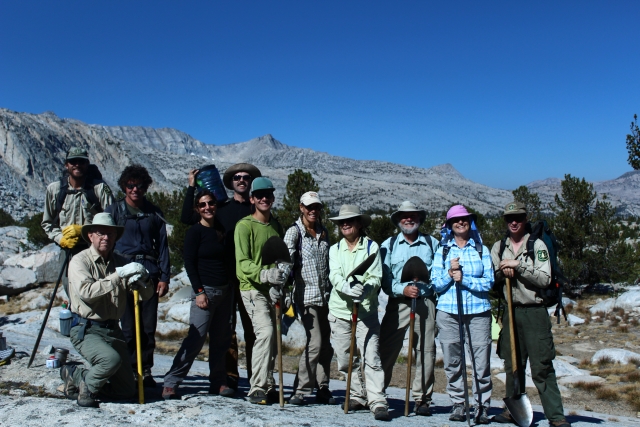 Thank you to the 7 volunteers that helped out on the Humphreys Basin Volunteer Project. This was a partnership between Friends of the Inyo and the Sierra National Forest to conduct restoration at Lower Golden Trout Lake in the John Muir Wilderness from August 23-27. In all, the group restored nearly 40 illegal campsites, 40 illegal firerings and removed over 40 lbs. of trash. Check out some pictures below: 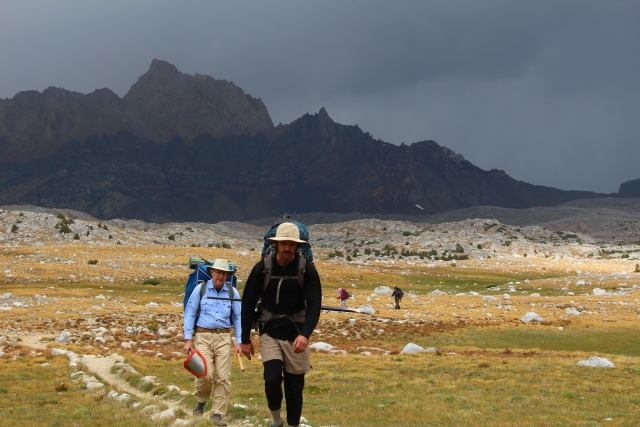 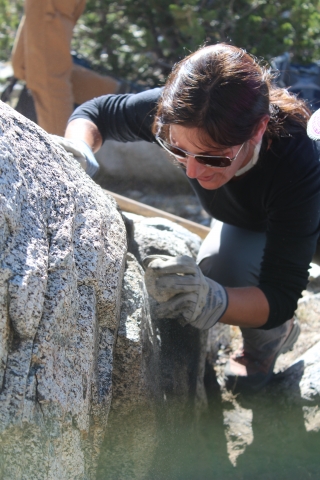 Arianne “scrubbing” a boulder scarred by fire, which can remain on rock for decades. Photo by Ben Wickham 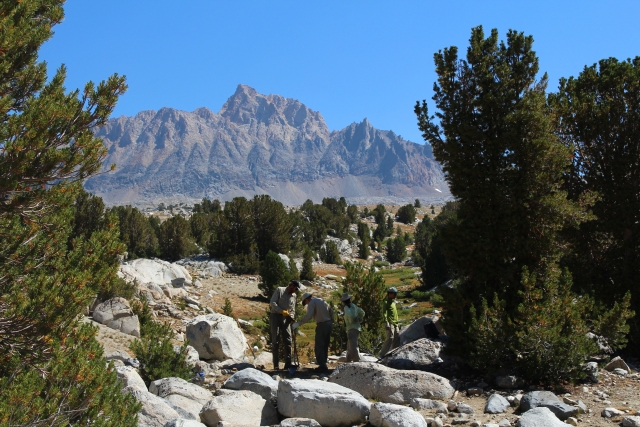 Not a bad view for a work site. Photo by Ben Wickham 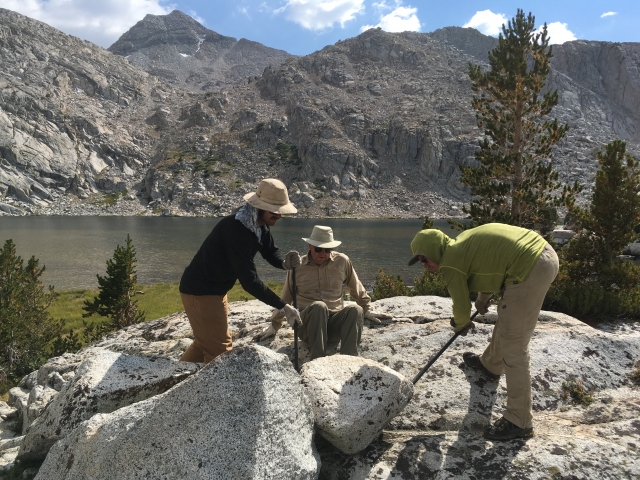 Moving a boulder to disguise an illegal campsite. A legal campsite in wilderness must be at least 100 feet from water (Leave No Trace ettiquette suggests 200 feet). Campsites too close to water can impact water quality, degrade vegetation, make it difficult for wildlife to safely access water, and make it difficult for other backpackers to enjoy the lake. In a place like Lower Golden Trout Lake, there are plenty of options for backpackers to camp further than 100 feet from the lake. Photo by Janet Carle 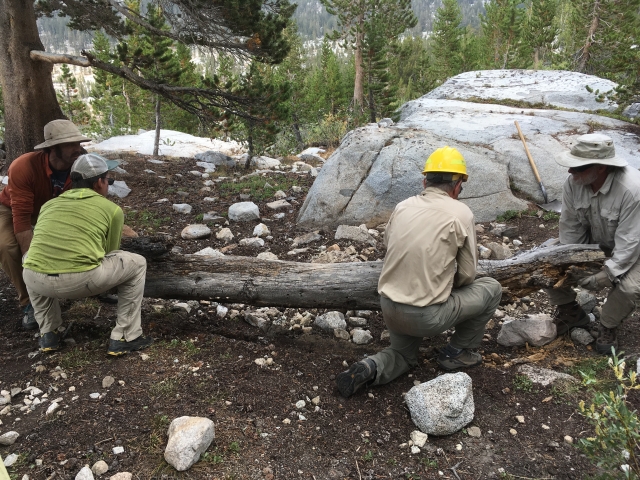 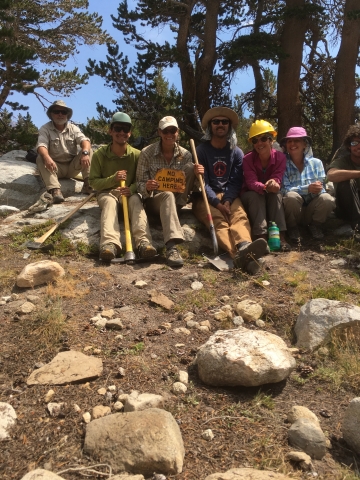