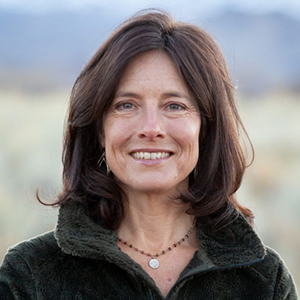 By Wendy Schneider, Executive Director, Friends of the Inyo

There are many reasons to protect Conglomerate Mesa, ancestral homeland of the Shoshone (Newe), Paiute (Numuu), and Timbisha Native Americans. These include its profound cultural significance to the area’s tribes, its rare endemic plants, its thriving high altitude Joshua Tree forest, its spectacular dark sky, its irreplaceable geological fossil record, recreation opportunities, and the home it provides for wildlife. At this moment all of Conglomerate Mesa’s values are threatened by mining exploration. There has been a lively debate about the merits of this exploration, and this debate is welcome and appropriate, as long as information that is presented as fact, is truly factual. Unfortunately, one narrative that has surfaced cannot be supported factually and at this juncture I feel a need to present fact based information that contradicts this narrative. This false narrative tells the story that proposed mining exploration on Conglomerate Mesa will support a renewable energy future. I have noticed two different angles this narrative has taken: One angle is that the mining exploration company is not really seeking gold, but is really seeking trace minerals that often accompany gold, which are used in renewable energy technologies. Another version of the narrative is that we need to mine more gold to support a renewable energy future. There is no truth to either version of this narrative.

First, let’s make it abundantly clear: Conglomerate Mesa is being targeted for gold and nothing else. The mining exploration proponents were very clear about this until recently, when we’ve started seeing local articles and pieces on the proponent’s website that claim their project is pursuing the minimal trace minerals that often accompany gold, trace elements that we need for a renewable energy future. (It should be noted here that this tactic is being used to justify destructive mining in other locations in the American West, including at the Stibnite Mine in Idaho where the project clearly seeks gold, but the operator promotes trace amounts of antimony found alongside gold deposits in an attempt to justify expansion. (www.earthworks.org/publications/just-minerals/.)) In the case of Conglomerate Mesa, the mining exploration proponents are pointing to the possibility that some copper could be recovered from their gold mining operation. The project proponents are using this claim to imply that their operation would be beneficial to the development of renewable energy production in the area. This claim is meritless. It is uncertain whether any copper would be recovered in their gold mining operation, and if it were, it would be in such small amounts that any claim that the mining operation is supporting renewable energy would be laughable.

Second, the project proponents would also have you believe that we need to mine more gold to support a renewable energy future, or to support our desire for new cell phones and other tech gadgets. This is also not true. The truth is, only modest amounts of gold are used in technology, even lower amounts of gold are necessary for renewable energy technology, and we already have the gold needed sitting in vaults to satisfy all foreseeable future needs. And if we did need more gold, it should also be noted that there is a stellar opportunity for recycling gold. With electric vehicles, solar panels and other low-carbon infrastructure, there is significant untapped potential to reuse and recycle minerals from batteries and other technology that has reached the end of its useful life. In 2020, there was enough recycled gold to meet 75% of demand (USGS). In 2019, the amount of gold recycled met 89% of demand. We, as drivers and stakeholders in a healthy U.S. economy, including government and industry, have an obligation to the people, land and climate to explore recycling and reuse options first, before considering any new mines, especially one as shortsighted as an open-pit cyanide mine at a place as special as Conglomerate Mesa.

As Conglomerate Mesa stands at a crossroads, we have a duty to seek and promote the truth. To base our decision on how to treat this precious desert gem, on facts, not baseless claims. The truth is, any potential mine at Conglomerate Mesa will be a gold mine. Not a copper mine, or another kind of mine. It is also true that we do not need to mine any more gold to support the renewable energy future we must pursue. Please take action to protect Conglomerate Mesa from a project that will destroy it, and produce no true sustainable benefit for our community. Conglomerate Mesa is too special to sacrifice for so little.

Wendy may be reached at Wendy@FriendsoftheInyo.org.