Nestled between Malpais Wilderness Area, Cerro Gordo Wilderness Study Area, the Owens Lake Bed and Death Valley National Park is Conglomerate Mesa; poised and formidable. These 22,500 acres of roadless BLM terrain are unconfined, rugged, and brimming with rich desert life and cultural history. Yet, despite the many values of this land, Conglomerate Mesa is at the threat of a large scale open pit cyanide gold mine.

In 2018 the gold mining threat took another step towards reality when the BLM completed an Environmental Assessment (EA) permitting exploratory drilling via helicopter access only at Conglomerate Mesa. The EA allows for 16 drill holes at four locations, each 1,000 feet deep. The project requires multiple light rigs operating 24/7 and will consume 1,000 gallons of water a day. The source of water for this project is unknown.

In April 2020, a new company officially took over the Conglomerate Mesa gold exploration project. They are called K2 Gold, headquartered in Vancouver Canada. Not only did they adopt the helicopter exploration project but they submitted an expanded proposal requesting road construction into the Mesa and 30 additional drill sites. K2 Gold began the helicopter project this year and will drill all four sites and 16 holes. Over the coming months, the BLM will process the expanded proposal and either publish an Environmental Assessment or Environmental Impact Statement, which will elicit a public comment period. While there is not much we can do about the helicopter portion of the project, the people of Inyo County and the California Desert will do everything in their power to halt the road construction project and additional drilling in its tracks.

In the face of this threat, Friends of the Inyo and our partners are seeking permanent protection of this beloved desert gem. Without it, we will continue to fight perennial battles with mining companies who want to destroy this land.

K2 Gold wants to mine the entire mountain. Together, we will stop them.

Conglomerate Mesa is too special a place to sacrifice to industrial-scale mining.  These activities would permanently destroy important cultural, historic and geologic values that for so long have meant so much to so many. These resources deserve to be preserved for future generations.

Friends of the Inyo has been at the front of this battle every step of the way. At this stage, we all must be prepared to fight K2 Gold’s future proposal. We must know who this company is and their intentions for Conglomerate Mesa. The best way to do so this at this time is to go their youtube page where K2 Gold has posted a number of videos detailing their plans. Armed with this knowledge and our passion for Conglomerate Mesa, we will oppose this project with full force once a public comment period opens. We estimate that to be in late Fall or early Winter. FOI is leading virtual trips and educating all who will listen while the community strives to permanently protect Conglomerate Mesa. We encourage you to join us in this fight! The Conglomerate Mesa newsletter and the general Friends of the Inyo newsletter is the best way to stay up to date on the latest information regarding the gold mining threat, outings, and the permanent protection campaign.

Make a donation to support
our fight to protect
Conglomerate Mesa. 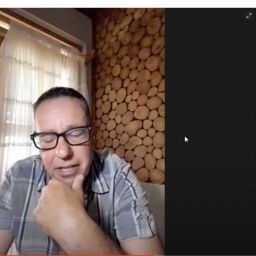 LADWP is attempting to increase its extraction of water supplies from the Owens Valley by developing a program of consumptive groundwater use from the Owens Lakebed. We are not in agreement that groundwater pumping from beneath Owens Lake can be done in an environmentally sustainable manner, even for a limited period of time. LADWP has improperly piecemealed review of the incremental steps it is taking to achieve increased water withdrawals from the Owens Valley. It has done so without adequate disclosure or analysis of the cumulative and adverse impacts, both past and future, of LADWP’s extractions, the interactive role of… 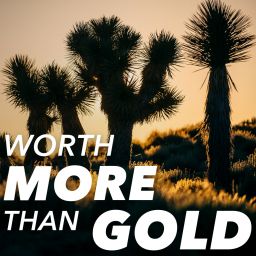