“The Trump Administration continues its assault on public lands with an eleventh-hour attempt to gut the Desert Renewable Energy Conservation Plan (DRECP). These egregious proposed changes to a balanced and comprehensive desert plan that was nearly ten years in the making will strip meaningful protections for treasured places like Panamint Valley and Conglomerate Mesa. These and many other special places in the desert were set aside for conservation and recreation because of their biological, cultural, and historical significance. They are loved and stewarded by residents and visitors alike. It is clear this last-minute move by the Trump Administration is an industry giveaway to mining companies that seek to exploit and profit off public lands in Inyo County and the California Desert.”

The proposed changes by the Trump Administration and Bureau of Land Management are a blatant attack on public lands that would gut conservation and recreation protections throughout Inyo County, an area visited by millions each year. Recreational tourism is the economic backbone of Inyo County’s economy, providing the largest share of revenue to our rural communities. The agency’s proposal would harm our area’s economy by opening up destructive development opportunities on our most beautiful and vibrant National Conservation Lands. Some of the many beloved places that are on the chopping block include:

Renewable energy development would also be allowed on lands that were originally set aside by BLM as Special Recreation Management Areas for a wide range of exploration opportunities including hiking, mountain biking, rockhounding, off-roading, and camping. Entertaining the idea of a 90-day comment period in the middle of a pandemic and a presidential transition is a waste of time and resources at the federal, state, county, and local levels. Environmental groups aren’t the only ones pushing back on the departing government’s proposed changes to California’s desert protections. Reopening the DRECP is both costly and unnecessary. We call on the incoming Biden Administration to end this outrageous proposal as soon as possible. State and Congressional opposition is already mounting: 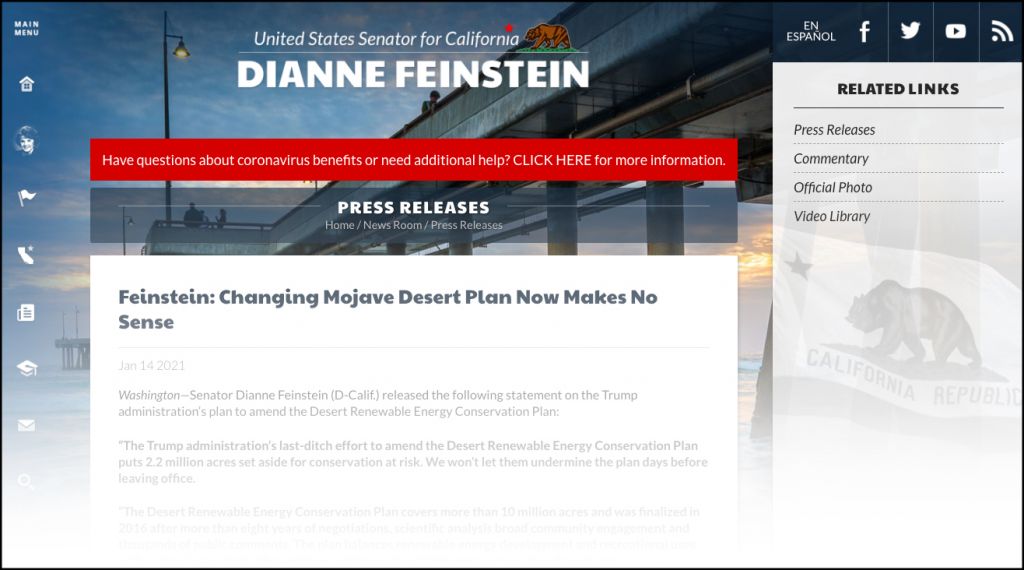 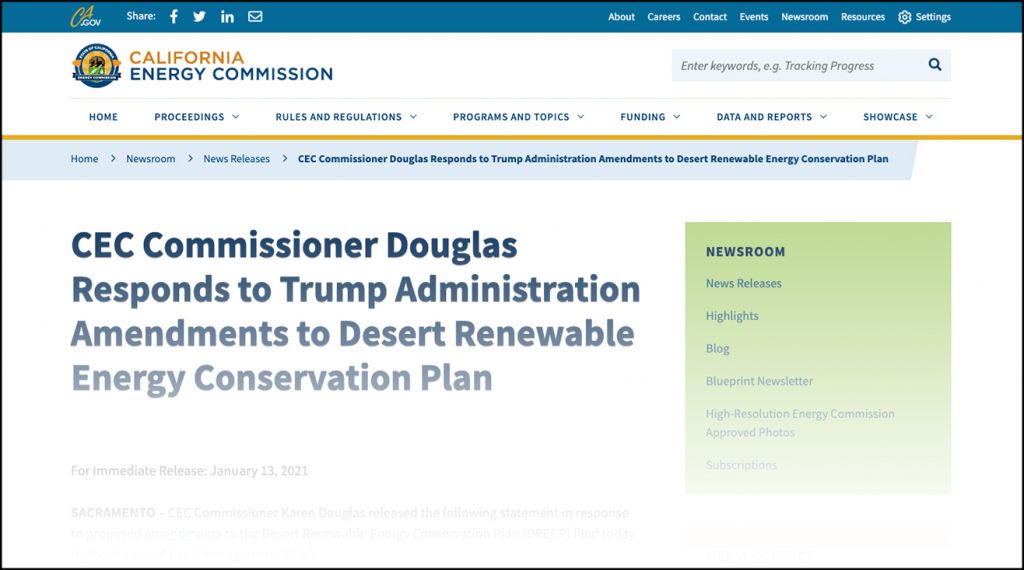 “We are disappointed that the BLM has unilaterally proposed amendments to the DRECP in the last days of the Trump administration…We look forward to working closely with the incoming Biden administration and hope it will set this proposal aside….” – Karen Douglas, CEC Commissioner

Click here to learn more about the DRECP here.

More information about how to get involved will be shared next week.
Click here to subscribe to our email list to receive ongoing updates and more.