We have an active and engaged board of directors who represent a vast range of experience and interest. Our board members have two things in common: a love of the outdoors, and a desire to protect the Inyo region and help others explore the area and give back. In 2009, the FOI board contributed over 1600 volunteer hours! 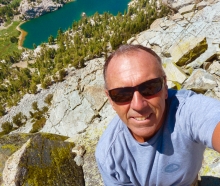 Sam has been coming to the Eastern Sierra since before he could walk. When he was three his family moved to Cartago for two years to be closer to the mountains and his father’s work. Sam’s family loved the outdoors and summer vacations were always spent camping out. Camping trips led to backpacking, then on to rock climbing and mountaineering. His climbing adventures have taken him from the granite walls of Yosemite Valley to the summit of 24,580-foot Noshaq in Afghanistan. It was while working as a rock climbing guide in Joshua Tree National Park that he found another passion: photography. He has been a professional photographer for 25 years, first shooting outdoor adventures, then doing commercial and corporate work, and now mainly landscapes with his wife, Karen, a fine photographer in her own right. Sam has been active in several other conservation groups including the Friends of Joshua Tree, the LeConte Memorial Lodge and the National Parks and Monuments committees of the Sierra Club, and the California Wilderness Coalition. “I’m looking forward to give back to a region that has given me so much in my life.”

Chris is a lifelong resident of the Eastern Sierra who relishes the untrampled public spaces as much as the small social circles locals enjoy. He graduated from Mammoth High School in 1979, where he was elected Student Body President, and went on to receive a BA in Political Science at the University of Vermont, a Master’s from the American Graduate School of International Management in Arizona, and a JD from Loyola Law School in Los Angeles. Although he does not currently practice law, he remains an active member of the California Bar Association. Since 1999, he has been  owner and operator of the Mono Market, a community grocery store in Lee Vining, and works seasonally full time on the Mammoth Mountain Ski Patrol. He is a graduate of the Sierra Leadership Institute of the Sierra Business Council and has chaired the Mono Basin Regional Planning Commission from 2003 until he was appointed to the Mono County Planning Commission in 2011. Chris was chosen to serve as Foreman of the Mono County Grand Jury from 2008-9, is Captain, Training Officer, and Senior EMT on the Lee Vining Volunteer Fire Department and Treasurer of the Mono Basin Historical Society. As a longtime contributor to numerous environmental groups, Chris was invited by the Wilderness Society to lobby representatives in Washington D.C. in support of the Wilderness Bill sponsored by Representative “Buck” McKeon and Senators Feinstein and Boxer in a successful 2008 bipartisan effort. Friends of the Inyo welcomed him as a board member in early 2011. “As a conservationist and a business person, I believe I can bring many diverse interests together to achieve sustainable and sensible solutions to land use issues.” 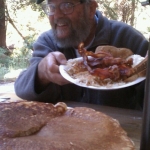 Mike has lived in Inyo County since 1972, starting in Death Valley National Park (then Death Valley National Monument) in the 1970s, and later in Lone Pine in 1980. “My focus has been on the desert, as well as the Sierra, with particular interests in water and wildlife issues. For many years, I worked on passage of the California Desert Protection Act and the Inyo/Los Angeles Water Agreement with its Lower Owens River Project. Currently much of my energy is directed toward the massive wildlife return associated with the Los Angeles Owens Lake Dust Project, and also possible increased protection of the Alabama Hills through a federal designation within the BLM’s National Landscape Conservation System. My interests within Friends of the Inyo are seeking sustainability, increasing diversity and spreading FOI’s good works into the southern Owens Valley.” 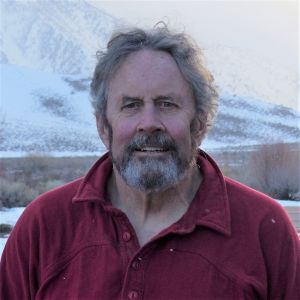 I am a Distinguished Professor Emeritus in the Bren School of Environmental Science & Management at the University of California, Santa Barbara, where I have taught since 1974. I founded the Bren School in 1994 and served as its first dean for six years. In my research, I study snow hydrology, Earth system science, remote sensing, and information systems. My current work focuses on snow, water, and ice in the Sierra Nevada and High Mountain Asia, where more than a billion people depend on snowmelt for their water resources, and where the austere surface infrastructure requires that most of the analyses come from remotely sensed data. My study of the optical properties of snow let me help Disney Animation Studios win a 2014 Academy Award for Best Animated Feature Film, Frozen. A long-time backcountry skier, mountaineer, and rock climber, I led six expeditions to the Hindu Kush range in Afghanistan and have a dozen first ascents there, hence my interest in the world’s mountains. I am a Fellow of the American Association for the Advancement of Science and the American Geophysical Union.

John Louth and his family have lived in the Bishop area for 25 years. John recently finished a 37-year career with the Forest Service managing the Ancient Bristlecone Pine Forest and the visitor information operation at the White Mountain Ranger Station. John is active in several civic and volunteer organizations and is a co-owner of the Mountain Rambler Brewery. John recently participated in the Bishop futuring event and sees Bishop as a wonderful place to live, incorporating the best of the past and striving for the best of what the future holds for our community. 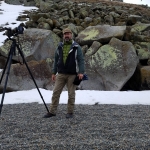 Martin Powell grew up in Lone Pine and appreciates getting to call that place home today. He is an avid hiker of the Sierra and desert ecosystems who regularly visits Whitney Portal, Cottonwood/Horseshoe Meadow, and the Alabama Hills for both exercise and bird photography.  The great outdoors are extremely important to him.  He is concerned that our Eastern Sierra public lands stay open, accessible, and well maintained. Naturally he is a strong supporter of Friends of the Inyo. Recently retired, he enjoys traveling the world looking for that perfect bird picture. With those efforts in mind, Martin has made trips to Nome, St. Lawrence Island, Panama, Wisconsin, and Florida.  Martin leads tours for the annual Owens Lake Bird Festival,  an endeavor he finds particularly fulfilling and rewarding.  He enjoys giving back to Friends of the Inyo and all the agencies that make the festival possible. 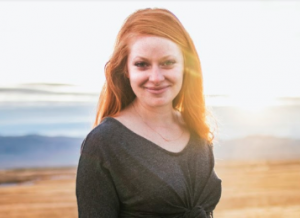 Meghan moved from the mountains of North Carolina to the Eastern Sierra in 2016 for a job with Mammoth Lakes Tourism, where she manages the website VisitMammoth.com. As a member of the Friends of the Inyo board of directors, Meghan is excited about helping visitors and locals alike connect with the Eastern Sierra on a deeper level by joining in Friends of the Inyo’s efforts to the protect the lands we love.

Sydney Quinn migrated from the desert of Phoenix, AZ to the San Francisco Peaks of Flagstaff at the age of 17. Fortune had it that she learned to ski in a physical education program at Northern Arizona Univ. in 1968, which led to a passion for skiing. Moving to Mammoth in 1970 and an 18-year career of ski teaching began a lifestyle and reverence for the mountains through years of backcountry exploration in winter and summer. “Andrea Lawrence, one of my beloved mentors, was the impetus for my involvement in environmental activism beginning in the ’70s. She appointed me to the Mono County Planning Commission in the 1980s. That experience was a valuable education in non-partisanship and commitment to community. The benefits of living in the Sierra far outweighed any monetary gain or professional life—for a while anyway. A bit of panic set in at 40, and I decided to finish my masters in psychology and take a real job.” After 17 years at Mono County Mental Health as a psychotherapist, she retired and settled near Big Pine with her husband, Dennis, a magic dog, two crazy cats and a flock of chickens. With knees sacrificed to skiing and backpacking, she is settling more into a rural lifestyle with a garden of greens at the foot of the East Side of the Sierra Nevada. “Preserving our wondrous backcountry through the opportunities provided by Friends of the Inyo is an honor and commitment that I take seriously.” 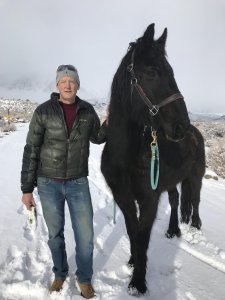 Tom Boo is a physician at Northern Inyo Hospital. He fell in love with the Eastern Sierra region in 1996 when he moved to Bishop from Ventura with his wife Helene. Six years later, he took a hiatus to work in public health, mostly in South Sudan and Kenya, and returned to Bishop in 2009. He is a volunteer medical director and a board member of Hospice of the Owens Valley and recently joined the Starlite Community Service District. Dr. Boo believes that working with Friends of the Inyo is a great opportunity to try to live by the maxim to “think globally, act locally.” He has a passion for natural places and has been deeply concerned about global and local environmental issues since his days as an undergraduate biology major.