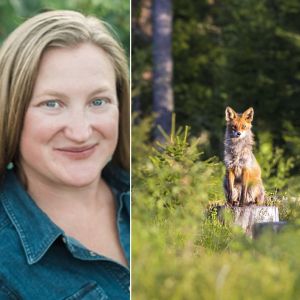 By Jora Fogg, Friends of the Inyo Policy Director

Sometime soon, National Forest access and smoke conditions permitting, I will head on a multi-day excursion into the High Sierra backcountry to an area where the elusive and rare Sierra Nevada Red Fox (Vulpes vulpes necator) has been sighted. I’m especially excited because on September 3rd the Sierra Nevada Red Fox will receive protection under the Federal Endangered Species Act.

In 2018 the US Fish and Wildlife Service (USFWS) released a Species Status Assessment (SSA) Report for the Sierra Nevada Distinct Population Segment. The SSA team represented USFWS biologists, in consultation with other species experts for academia and the State of California. The SSA report represents a compilation of the best data available concerning the status of the species, including the impacts of past, present, and future factors affecting it.

During a public comment period for the listing consideration, the USFWS sought the expert opinions of five specialists regarding the SSA Report. Responses helped inform the determination to list the species. The USFWS also considered all comments and information received from the public. Friends of the Inyo’s February 2020 comments on the proposed listing can be viewed here.

A multi-agency conservation strategy for the Sierra Nevada Red Fox is in development, spearheaded by the California Department of Fish and Wildlife (CDFW). This strategy will guide and prioritize recovery actions, such as translocations and possibly reintroduction.

I probably won’t get to glimpse a fox on my upcoming adventure, but maybe I will be able to collect some scat to help with genetic sampling; and even if my trip does not yield any fox findings, I will be content to know the Endangered Species Act is now on their side.

You can learn more about ongoing fox research here.